For hundreds of years, the healthcare system has neglected and taken advantage of BIPOC in a variety of ways. These countless injustices performed by healthcare professionals have become some of the primary reasons people of color, especially African American, Latinx, and Hispanic, are hesitant to get their COVID-19 vaccine due to the distrust and discomfort these situations have caused even decades and generations later. Minority groups have expressed distrust in the government as well because of the lack of support and aid shown to their communities following these instances and in general over the last few centuries.

This distrust, stemming from hundreds of years of abuse and neglect, has now led to communities with large minority populations, such as Wyandotte County, to have lower rates of vaccinations and higher rates of severe illness and death from COVID-19. The delta variant of the virus is quickly spreading all over the Midwest, mainly to unvaccinated people, because it is more transmissible than the original strain of the virus. This variant can also be more intense and lead to worse symptoms and hospitalizations. 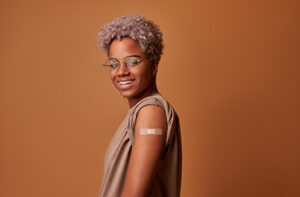 Despite previous instances of misconduct in the healthcare system done to BIPOC, the COVID-19 vaccine is a different story. Scientists created the vaccine to help everyone all over the world as we collectively fight against coronavirus. They made it available for everyone in the US no matter citizenship status or health insurance or lack thereof. Over the last year, our country and our communities have fallen apart due to the virus and its effects on our way of life, so the vaccine is the best bet for everyone to get back to normal and healthy.

A Brief Timeline of the Misconduct to BIPOC in Healthcare

The US has a dark history of misconduct in the healthcare system to BIPOC. All these situations and circumstances are tragic to these communities and people and stem from a lack of proper policies that did not protect BIPOC from being used and abused by medical professionals. Several of the following instances of abuse in healthcare are more well-known than others, and very few of these, if any, are in school curriculums. The majority of BIPOC learned about these instances through the storytelling from the older generations in their families. Unfortunately, a couple of the following instances are far more recent than others, so people learned about these through local, regional, or national news.

As far back as the 17th and 18th centuries, historians have found that colonial doctors would use African slaves and Native Americans as subjects when the point of the research they were doing was to benefit others, or white people. These doctors never received consent from them for the use of medical experimentation because doctors considered them property more than people. They would try something new on a white patient if the hope were to help the patient in question, not other people. This medical abuse, along with other similar instances, led to the death of countless enslaved and native people, as their safety and health were not the priority but a side note. Due to this lack of care and respect in the healthcare system, doctors used African slaves and Native Americans for medical experiments for more years following.

Within the medical field, J. Marion Sims was highly respected for decades because of the groundbreaking work he did for gynecology and women. The crucial change that he made to an important gynecological procedure was only made possible because of the dozens of attempts he performed on enslaved African women. It was found that he operated on 10 slave women to perfect an operation to fix a disorder caused by childbirth where connections formed between a woman’s bladder or bowels to her vagina. To do this, he would buy his own or rent slaves from their owners that he would use for this medical experiment. There were three slaves – Lucy, Anarcha, and Betsy – that went through several of his procedures. Over the course of the three years it took for him to have success with this operation, Sims worked on Anarcha at least 30 times.

The Tuskegee Experiments are one of the most well-known injustices in healthcare done to BIPOC, partially because of how recent it was and partially because of how severe it was. This 40 years’ worth of medical experiments was meant to track the natural progression of the STI syphilis. For these experiments, they recruited six hundred Black and African American men. Of these men, 399 had syphilis and 201 did not have the disease. They ran the study without telling the patients exactly what they would do throughout it and without receiving informed consent from the participants. Those that took part in the study received free medical exams, free meals, and burial insurance. In 1943, penicillin became the best treatment for syphilis, and though it became widely available in the US, the men participating in this study never received it, or any other treatment to cure the disease. By the end of 1972, the study ended because a health and safety committee believed it was “ethically unjustified,” and they thought the results did not compare to the known risks for those in the study. The last surviving participant of this study died in 2004.

This medical experiment is also well known by BIPOC, due to several published books and a movie that was released in 2017 on the topic. It involved a Black woman named Henrietta Lacks who was unsuccessfully treated for cervical cancer. The doctors who were treating her took a sample of tissue from the tumor she had and sent it to a research lab without her permission. Henrietta died a few months after the sample was collected but her cells from the sample lived on and provided a critical breakthrough for science as the first sample of human tissue kept alive. They used her cells for a variety of medical experiments, including the development of the polio vaccine, treatments for AIDS, etc. Though her involuntary contribution to science has done tremendous things, they never consulted or thanked Henrietta’s children and family for the contribution and what it meant to science.

During the Cold War, the United States wanted to figure out how much radiation a human body could withstand due to the likelihood of a nuclear disaster happening during the war. They thought the best way to figure this out was to experiment on unknowing African American and Black people. Dr. Eugene Saenger was a radiologist from the University of Cincinnati. From 1960-1971, he led an experiment which exposed 88 cancer patients to whole body radiation. Most of the patients were poor and Black and none of them signed consent forms. The scientists that ran the study told the patients that they would be getting treatment that might help them get better even though this form of treatment was discredited before for the types of cancers the participants had. For 1 hour, they were exposed to about 20,000 x-rays worth of radiation which caused nausea, vomiting, stomach pain, loss of appetite, and mental confusion. A quarter of the study participants died of radiation poisoning according to a 1972 report.

In the last decade, Immigration and Customs Enforcement have detained more immigrants, especially Latinx and Hispanic immigrants, in a variety of facilities. One of the largest ICE facilities for detained immigrants is the Irwin County Detention Center (ICDC) in Ocilla, GA. In September of 2020, Project South, a southern-based organization that works to empower, educate, and enlighten for social and economic justice, sent a letter that compiled numerous injustices and complaints from this detention center to government officials. This letter exposed the ICDC for a variety of issues and abuses such as not allowing immigrants to see a medical professional for several weeks even after multiple requests, not providing life-dependent medications to immigrants consistently, not providing proper medical care to immigrants, performing nonconsensual sterilizations on several women, and not following CDC guidelines and recommendations for COVID-19 to protect detainees and employees. Within the letter, Project South also received a statement from Dawn Wooten, a licensed practical nurse for the ICDC, about this wide range of neglect and abuse to the detained immigrants.

The COVID-19 Vaccine is Different

Unfortunately, yet understandably, the distrust and discomfort that come from these situations have led to fewer BIPOC individuals and families getting the COVID-19 vaccine. With the original strain spreading and the delta strain spreading even faster, case, hospitalization, and death rates in BIPOC communities are increasing daily. In places like Wyandotte County where there are large minority populations and neighborhoods, the vaccination and testing rates are increasing slowly while case and hospitalization rates are increasing quickly.

Everyone is Doing What They Can 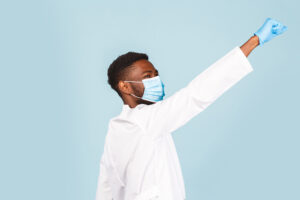 COVID-19 completely stopped our way of life at the beginning of the pandemic. This halt and the sense of urgency the virus caused led to scientists working to develop a vaccine quickly to help our world recover. Endless time, money, and effort were put behind developing the vaccine so it would be something to help anyone and everyone. In the development of the vaccine, they wanted to ensure that there was diversity and inclusion every step of the way to reassure everyone the safety of it for all races, ethnicities, genders, etc. James Hildreth, MD, is a Black scientist who played a key role in the development of the Moderna and Pfizer vaccines. In an interview with WebMD about why African Americans and Black communities aren’t getting the vaccine, Dr. Hildreth stated, “Tuskegee was horrible. This is nothing like Tuskegee because we [Black scientists and professionals] have been involved at every level of developing the vaccine from the beginning. The scientists who were involved in creating it to the ones involved in approving it, we’ve been involved at every level, at all phases.”

Since his inauguration in January of 2021, President Joe Biden has done tremendous things to combat the virus and help all of us beat it. He created the COVID-19 Health Equity Task Force at the beginning of February to address health inequities that have occurred due to the pandemic and provide recommendations and information about response and recovery for COVID-19.

The government and healthcare system are working to provide the vaccine, testing, and care in the best ways possible to everyone. Thousands of locations across the country offer at least one of the available vaccines, and events are held frequently to offer the vaccine to local communities. There are numerous local organizations across the country, similar to the Community Health Council of Wyandotte County, that are working to spread the word, educate BIPOC and low-income communities on the vaccine and its importance, as well as provide a variety of resources to make the vaccine more accessible for everyone. Health organizations, such as the Unified Government Public Health Department in Wyandotte County, are making huge efforts, as well, to make the vaccine and testing easier and reliable for all the residents in the community. They are supported by Wyandotte County’s COVID-19 Health Equity Task Force which is a group of residents and community leaders who are focused on maintaining equity in the prioritization of the community’s most vulnerable populations to the virus.

While the US does have a dark history of misconduct in the healthcare system to BIPOC, the vaccine is a different story. This is something meant to help everyone get back to being healthy, no matter their race, ethnicity, nationality, etc. The virus is affecting BIPOC and low-income communities to a higher degree than any other groups, and the vaccine is the best way for everyone, but especially these communities, to combat this challenging time in our world.