Through a generous grant via the United Health Foundation and in cooperation with KC Care Clinic, CHC of Wyandotte County’s Community Health Worker initiative seeks to improve health across Wyandotte County. From time to time, we want to showcase some of the success stories from our health workers:

“This client walked into the CHC office asking for help with utility bills in July 2016. He was recently recovering from a car accident that left him with a huge bill from the hospital. I started calling BPU and help him navigate the BPU system. Client speaks Spanish, so it was hard for him to communicate at the BPU office every time he would go there.The client had had some leaking in his house, which drove the price up of his utility bill. Client fixed the leaking, but never reported back to Water Pollution Abatement.  He had been struggling to pay since April 2016. By August, the balance due in his account was about $592.00. While he was paying some of the balance, he could not afford to pay the balance in full. The United Way was able to help with a donation of $300.00. By October, client’s bill was about $605.00. With United Way’s help, the client was able to pay bill in full. Meanwhile, I also contacted WPA Billing (Unified Gov.) to address the amount being charged on his bill. WPA revised bill and gave my client a credit of $351.36, which they applied to his November’s bill.  My client will still have some remaining balance of credit for December’s bill. Now he can get back on track to pay BPU bills on time and in full, not having to struggle anymore.” 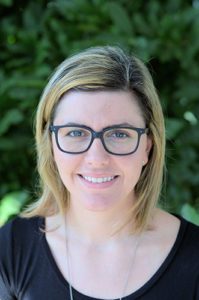